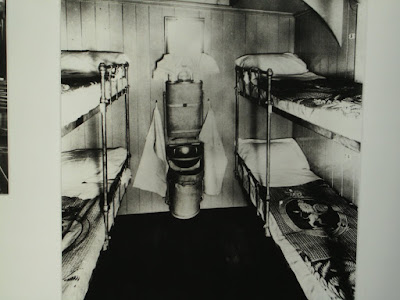 Julian Bray comments: The news this morning [7 July 2009] that a 74 year old man from Norwich, Norfolk has died on board the cruise ship Marco Polo (locked down in Invergordon,Inverness, Scotland) and another 100 or so have been infected with the Norovirus, is yet another chapter in the chequered health history of this elderly ship, and must hasten the time when it is finally taken out of service. The cruise line are however now saying the Norfolk man did not die from the Norovirus although 100 passengers are affected by the bug.

By contrast one of the passengers on board the much newer Queen Victoria when the Norvirus recently struck and put some 6,000 people at risk unwittingly supplies the answer “ No Hygiene Rules were implemented until after the outbreak” . In reality, this means the passenger quoted - and the majority of those on board - are being very casual with their own existing day-to-day poor levels of personal hygiene or simply continuing the minimal level of thorough hand washing they employ in every day life, which alarmingly is little or none. The cruise lines, to stay in business, always have a high level of hygiene protocols in place but these are not so visible or intrusive as those extra measures introduced when a Norovirus outbreak is detected.

The most effective way of preventing the spread of Norovirus is the frequent and thorough washing of hands with soap several times a day and always after using the toilet or bathroom and if at anytime you have touched a handrail or object previously handled by someone else.

The Norovirus is nearly always brought on board by a passenger who may have had a slight bout of sickness or diarrhoea days before embarking on the cruise. A few tablets of Immodium and the intending holidaymaker feels much better but still remains an efficient and ruthless conduit for the Norovirus.

Not wishing to waste the money already paid, and unlikely to be refunded, they cover this fact up and then rapidly infect all those they come in contact with and those who unwitting pick up the germs by touching handrails.

Crews are well aware of the consequences of the Norovirus and accordingly they act as unofficial policemen ensuring that new crew members always observe high levels of personal hygiene, it is simply a matter of survival. So it very rarely the case that the Norovirus is taken on board by a crew member.

Once detected the passenger is isolated, usually confined to his/her cabin for four days, but again selfish passengers not wishing to dilute the cruise experience will frequently break the isolation, leave their cabin, walk freely around populated areas of the ship, touching handrails and the whole cycle starts again.

The Queen Victoria completed its cruise to the Canaries and return to Southampton, what the new intake of passengers might not have realised is that the advanced or extreme hygiene measures put in place during the previous cruise will also be applied to the following cruise, unless this new ship is taken out of service for four days for a deep clean, which is unlikely.

So in all 6,000 passengers and crew will have had their lives temporarily blighted by a few who need to raise their every day standard of basic simple personal hygiene. Wash your hands frequently with soap and water – it is as simple as that.
at July 07, 2009