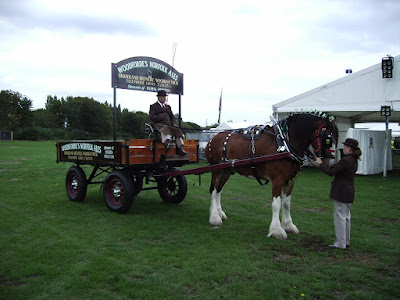 A record 52 pubs a week are now closing in Britain, leading to the loss of 24,000 jobs in the last year, according to new figures released to today by the British Beer & Pub Association (BBPA).

Julian Bray comments: "As a former Justices On Licence Holder, I simply cannot understand how stupid this labour government has been and continues to be. Binge Drinking: Publicans UNDER LAW may not serve drinks to ANYONE who appears to be DRUNK; APPEARS to be underage and so on. If fact as a licence holder, I can withold service of alcohol and legally demand that a policeman attends and escorts a person, any person from licenced premises. That is the key phrase - Licensed premises. Any nonsense and the premises lose their licence, but the Police will also lose their overtime...so that won't happen". Give me six months and a National mandate and I'll clean the whole mess up".

"Leases and rents. Few Breweries in the UK own their own estates, most are now Pubco's (ie money-grabbing property companies with little or no interest in beer, wines, spirits, community and so on. They off so called 'cheap rents' to tenants who then find the so called cheapness goes out the window with onerous beer ties and wholsaleprices to the tenanats at twice the price of retail spermarkets" Julian Bray added.


"The pub business is also facing a double whammy on beer tax over the next few months - with the planned VAT increase in January and a further predatory 2 per cent above inflation rise in duty in March under the Government's beer tax escalator.

The BBPA figures show pub closure is reducing Government tax revenues. The industry’s total tax bill now stands at £6.1 billion a year. Every pub contributes £107,000 in tax a year – 30 per cent of turnover. Pub closures over the last year have therefore cost the Government more than £254 million in lost taxes – a loss that is increasing by more than £5.5 million a week. Sector job losses are also costing the Government an additional £1.53 million a week in job seekers allowance.

“Closing pubs are not only a loss to communities, but a loss to the Treasury,” said Dr Long BBDA. “Government should look at valuing and rewarding pubs as community assets. Not only would this have social policy benefits by supporting a hub of community cohesion, but financial policy benefits in terms of tax revenues, particularly at a time when the public purse is stretched.”

The BBPA also highlights the scale of job losses in the sector, which it says is often overlooked and compares it with the furore generated by the job losses at the Mini car plant earlier this year.

“Every week, a further 461 jobs are lost in our sector. That’s more than two Mini car plants a month.” comments the BBPA. “Government now needs to listen to the pub sector in the same way it listens to other sectors suffering this level of job losses. Not special treatment, just equitable treatment. As a first step, Government should commit to not increasing the cost and complexity of running a pub, by stepping back from any more tax or red-tape increases.”

Community pubs are proving the most vulnerable in the current economic downturn. Closing at the rate of 40 a week and nine traditional town circuit bars are shutting a week – five pubs a week are closing in other categories. Food seems key to some sustainability. Pubs that focus mostly on selling drink are shutting up shop at the rate of 51 a week, while those that focus more on food are closing at one a week.
at July 29, 2009