Time is up for our troops in Afghanistan 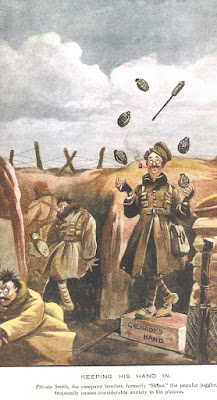 Time is up for our troops in Afghanistan

I sat down to write a script for a presentation on leadership but it rapidly became a polemic, so abandoned the idea. Why you might ask? Simply I am staring at pictures of 204 British lads many of them in their 20’s, all willingly signed up for the British Army and all killed in action in Afghanistan.

The full page of postage stamp size pictures on the front of the London Daily Telegraph is simply chilling and something you cannot simply put down and move on. It totally upset my day and made me increasingly angry, a day on, a good nights sleep and I am still fuming. Almost 1,000 British service personnel have been killed or wounded in Afganistan.

The truth is that we should not be there and it really does not help that the political man in charge Defence Secretary call me “Bob” Ainsworth, who with his florid complexion, mumbled verbal delivery, a stubble type moustache, dirty glasses, short back and sides haircut and uniformly dyed hair would be more at home on a Donald McGill saucy seaside postcard than directing traffic from the safety of the granite citadel known as the Ministry of Defence (MOD).

Ainsworth freely admits that he is not a military man, this unfortunately shows in his lacklustre TV and radio interviews, holding onto the threadbare government line that if we did withdraw then the Taliban effect would be replicated on our shores. Rubbish. Our Troops are now battle weary, under provisioned and under resourced.

The Whitehall Manderins have repeated fudged the procurement budget wasted taxpayer millions on wrongly specified war machines and in the main ignored the generals and air chiefs of staff. Many soldiers have been known to spend their own money upgrading their kit. Just how bad is that?

Pulling out is something I fail to see as a problem, as so far the threat has been from our very own home grown terrorists. Parents and grandparents, one time in real danger sought political or economic refuge and/or protection within our small crowded island. We welcomed then with open arms. The ungrateful offspring obsessively surfing the Internet and in effect being indoctrinated by overseas influences and convinced the time is right for Jihad in the UK.

To illustrate the point, if I were in charge of Cambridgeshire Constabulary, I would take a very keen interest in the subsidised internet computer services offered by Peterborough City Council, every one of the 30 or so public computer workstation monitors, in the imposing central library when I lasted visited (to return a book!) were displaying Arabic writing of some kind and young men many bearded (very few women) scanning the pages. It happens day after day right under the noses of the authorities, and paid for by the council taxpayer.

Although you cannot censor what people read, it does make you wonder why the workstations are being monopolised in this way and all on public view. Perhaps libraries should go back to being a depositary for …err Books?

The point being the threat rather than being from Afghanistan, which is the lacklustre Ainsworth position, is in fact already here and living within the United Kingdom. TV images of British soldiers, out in all weathers and working around the clock eating cold combat rations does little or nothing to inspire confidence (German troops work a 9 to 5 regime – so they are all safely tucked up in bed).

But what about all the financial aid that has been poured into Afghanistan?

Simply NONE of it has filtered down to the general population. They still live in abject poverty even to the extent of deciding who lives and who dies, parents routinely harbour meagre resources with the effect that weaker children are often left to die. Life expectancy is just 43. The UK spends £127 million annually on Aid and school projects. However 90% of the world heroin production comes from Afghanistan and no significant reduction in output can be shown. Corruption is endemic and freely admitted to be part of the system, but still we blindly pump in the money. Why?

So if the UK did pull out what are the next steps? Return all the troops to the UK and taking advantage of our island status deploy them around our coast and in airports and ports effectively improving homeland security and at a stroke effectively controlling all immigration and any percieved Taliban threat.

The upside is that our troops for the first time would be safe and that Afghanistan mainly under the control of warlords and feudal rulers would then have to think about running their own country, rather than rely on handouts and stuffing money into discreet Swiss bank accounts. We could also buy up the entire Afghanistan heroin production, refining some for medical use and the balance destroyed. At a stroke closing down difficult and costly illegal supply routes.

Something has to happen, before long as the conflict escalates, we can expect more troops to needlessly die and for families trying to make sense of it all, condemned to a lifetime of visiting graves and fondly remembering the few brief years their sons (and daughters) enjoyed before the Afghanistan adventure ended his/her life and those of some 200 other brave souls.

They all deserve better than this, but are the politicians listening? Sated with duckhouses, moats and eye watering expenses claims, our MP’s don’t really care and our soon to depart Prime Minister to my mind cares even less. Can this really be the 21st Century?