On or off the Ball? ITV plc at the Crossroads? ITV keeps the TV world guessing… 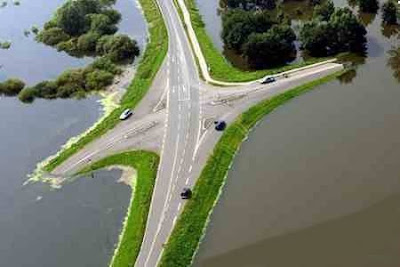 On or off the Ball? ITV PLC at the Crossroads? ITV keeps the TV world guessing…if it can stay awake!

Now product placement - after years of mega expensive lobby activity - has been cleared for inclusion in commercial productions ie Sky/ITV, but not the BBC. You would expect the shares to skyrocket but they went the other way! It seems the City has already discounted any gain as it underlines theneedfornew productions to exploit the product placement advantage.

Tony Ball, trousered a cool £10 million (US$ 16 million) when he left Sky in 2003, on the condition he did not work in broadcasting for two whole years. So has Mr Ball got through the cash already or is there another reason for not immediately taking on the ITV plc house of fun as their much needed CEO and wseilder of the big knife? AS to meet targets duering this on-going recession Ball will need to have an all out war on spanish practices in his sprawing regional empire, unless he knows where this is happening it'll take him a couple of years to winkle it all out. So that is probably why the good news about product placement finally being allowed was greeted with little enthusiasm by the City. They have clearly already discounted the extra revenue this will bring against the need to invest in more quality programming without out the aid of reality shows, bankrupt chefs and withered estate agents.

Anyway who in their right mind would wish to take on the job this side of the General Election? Well I did for one and told the headhunters so! They were all very polite and told me that I was in fact way too late to join the short, short list, as the appointment was all but done and dusted and due to be announced in hours if not days. Well that fell through, like HMV's Simon Fox, I too was taken into membership of the secretive Magic Circle some years back, but was at one time on the board of an ITV subsidiary NTN Now Television News Limited, so actually had some practical experience of the one eyed monster and serial time waster.

Simon must have known about the upcoming Beatles digital remaster bonanza, a bit like a Harry Potter publishing event for record stores. So why leave HMV at such a crucial and personally lucrative time? Clearly the Beatles deal was still under wraps at EMI when Mr Fox originally lobbed his proverbial hat in the ITV ring! Unsportingly you might say it would also raise his personal profile and value to HMV, so we won’t say that.

The path to Tony Balls particular appointment or job offer has not been smooth and some cynics will say the headhunters have really earned their money, probably even more so as they will have probably banked an advance before starting the search with another tranche due if the appointee survives the madhouse which is ITVplc for a few months.

So I really can’t feel too sorry for them and they could have had me without too much of a search. Some people just like hassle and stress in their lives. It’s not true that I was lying in their office lobby, blocking the lift entrance so they had to step over me to get in. (that was Henry Kelly - or someone very like him).
Some may say that Tony Ball, is in fact just plain wrong, but has the ear of a few of the bigger shareholders, but then what do they know about the running a TV empire albeit somewhat reduced in size and stature and scheduled to shrink even more in the next couple of years?

It could be that having Tony Ball on board will create a closer tie with BSB Sky, that is if Eamonn Holmes anchoring SKY TV’s early morning hard news Sunrise then taking a fast cab from once side of London to the other and a change of shirt to front ITV’s frothy This Morning along with Mrs Holmes, already means the two monoliths are already enjoying a closer than usual relationship?

But how do you agree a performance related incentive package when the next decade in TV land is not just looking bleak but mightily fragmented with an unknown quantity of new media platforms and delivery systems being developed as I write?
Not everyone at ITV towers is said to be in favour of the new appointment and in some areas open warfare has already broken out. A few ITV executives, possibly unwisely, actively spinning against the appointment; in any case Ball will be mandated to put many of them out to grass, making way for a new intake. So no love lost.

Executive chairman Michael Grade in his own way might have led ITV down a few blind alleys but ramped up its external image and standing. Few other businesses have had to cope with a stream of interfering regulators and all comers who think they know how to save ITV. I did, I mean I do, really do know how to save ITV; but the headhunters clearly know better so this is another opportunity they have missed. It might still make a cracking new TV series though –and a profitable one at that!
Michael Grade has always maintained ITV is a fundamentally strong business and the core values will be revealed when recession clears and regulators loosen the advertising rules. Trouble is this particular recession is not going away for a good few years despite what politicians and bankers would have you believe. Trust me on this.

As if the ITV appointment saga could not get more convoluted, a closer inspection reveals that the incumbent Head of the Nominations Committee is none other than the banker and actuary (Actuaries only believe in death, not life so I am told – death being absolute .) with the seriously suspect haircut, Sir James Crosby. The very same, the former head of, wait for it…..HBOS no less! HBOS crashed but at the last moment didn’t burn, thanks to you and me, the British taxpayer.

Still Sir Terance Wogan, a qualified banker (yes seriously, unlike the people running our banks) no less, is hanging up his earphones (cans in the trade) and could well be in the running if the selection process goes beyond Christmas. Just imagine, within days our Tel will have the ITV Board overhauled and filled with TOG’s (Terrys Old Gits) never short of an idea or two, wall to wall Eurovision song contests. Oh wait a minute they already have that and couldn’t think of a name so they called it Project X, factor in the numbers later…Xfactor? No such a silly name. Who was that A&R man who worked at EMI? Simon Cowell? Nah, that would never work either…back to the drawing board.

Other candidates? Well there is Julian Bray and he did call the Ugandan despot Idi Amin “Crazy” and that was to his face at a diplomatic reception. ITV in comparison? Piece of cake. What was he doing in Uganda anyway? End of Part One. Roll VT.
at September 11, 2009