Recession may be over for the Banksters but not for us! 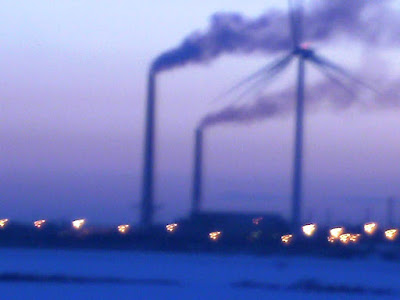 Recession may be over for the Banksters but not for the rest of us!

Please don't be fooled, Britain on the way out of Recession is just the economists rosy view of our future. It is not reality!

For people waiting in line at the Job Centre, in shrinking manufacturing or service industries Recession is still firmly governing our lives and is a continuing factor to consider until well after the Olympics and perhaps a few years beyond.

Consider the current position. We in the UK are faced with a General Election and a probable change of government. Whoever get in, will still facethe same financial hurdles. Gordon Brown will in any event face a new leadership challenge shortly after the Labour Party Conference, and retire or take up a role outside of politics. In any event, politicians are resigned to having to pay for long term public sector projects with ever decreasing incoming tax revenues to fund them. Unemployed people don't pay much tax, don't consume services and really have no resources to buy manufactured products.

So rather than stockpile the products, bank up the services - you cut them, retrench, downsize. Do without. Unless you are a Bankster!

News that General Motors has virtually offloaded its' European operations to a Canadian led consortia is very good news for Germany, who are fronting a multi million euro funding package to facilitate the deal. German politicians and GM operations under the Opel brand but really bad news for the UK and anything badged Vauxhall, where our UK political clout and offers of financial assistance to the loss-making firm has seen to be lacking and ministers virtually invisible. No wonder Germany really IS coming out of recession.

What has not changed is the fact that we are involved in an all out war in Afghanistan, shouldering a mind boggling amount of long term debt and a Banking system bailed out by the taxpayer, now hell bent on building up capital but still curiously spreading largesse, at major sporting events as if nothing has happened! Spot the avalanche of publicly-owned but discredited RBS banners at every F-1 motor racing circuit! We don't even get to see the corporate hospitality areas associated with each event.

Rebuilding capital? This means keeping most of the 'fiscal easing' designed to make loans easier for cash strapped business but in reality turning customers upside down and shaking them until all the loose change has not only dropped out of their pockets and handbags but also ensuring that any lending is covered by an asset ie your mortgaged house, factory, product or anything of merchantable value which can be seized and sold in the event of default.

Banks and Building Societies these days are little more than marketing bodies and care little for building long term intimate private or business relationships, however its dressed up.

The computer, credit agencies and bank head office make the decisions, local skill and knowledge counts for very little and indeed local staff have in many ways been decimated, branches cut and phone/online and other forms of remote banking offered as an alternative.

It's no way to run a banking industry but who can tell them? Having been bailed out, propped up, many commentators (including this one) consider that the banksters are now rapidly going back to their bad old ways in terms of the back art known as investment banking. Ultra high risk gambles with high gambling related rewards, there is not an ounce of true investment in these deals.

The deals only work provided that all the players maintain the game and abide by the unwritten rules. If just one goes bust, then the whole house of sand collapses as it did. Banks now realise that unlike normal business they will be rewarded for really crass commercial decisions, simply because they are too big say the politicians.

Just remember that long serving broadcaster Sir Terry Wogan who has announced his retirement from the breakfast show on BBC Radio Two is a qualified banker, having passed all his exams way back in his youth and that none of the current chairmen of our major bailed out banks have ever bothered to gain any formal banking qualifications!

Politicians from all the major parties are now being forced to admit that spending cuts in the public sector will be made but they will covertly ring fence some pet projects by dipping into the so-called 'contingency fund ' which is also propping up the war in Afghanistan.

But where does business go from here?:

Consider a pre-pack liquidation for your business. Effectively certain chartered accountants and insolvency practitioners will immediately sell the viable parts of the business back to you minus any debt liability.

Creditors can literally go to hell and carry any loss; your business under a new limited liability firm identity might have to find a new set of suppliers and so on. Rebuild goodwill with business associates and repair damage with parts of the re-hired workforce on new revised employment contracts. It also gets the new firm out of any continuing employer liability to the existing workforce, and no redundancy to consider.

High risk not so nasty

CVA: Company Voluntary Arrangement. Creditors are balloted to accept a less amount for their invoices in return for letting the company trade on. This however needs a substantial majority of creditors to agree to make it work.

Focus Retail Warehouses recently came through this process and managed to return many onerous retail warehouse leases to the landlords with little or no penalty.

Re-organise the business, hire a good well experienced interim director or manager to assist in the restructure and work within your available capital.

Factor all your invoices. Rationalise your product and service lines, Cut back on humans and replace with computers or outsourced front line/ call centre staff. Consider licensing all or part of manufactured products or moving production to low cost areas such as china or the Far East. Consider a merger with you main competitor or reverse the options and make a bid to benefit from economies of scale.

In reality, dramatically cull the payroll close down duplicate head office and parallel functions, manufacturing or service facility and merge, rationalise what remains. Outsource where ever possible.

Not all of these ideas will suit your business or circumstances but hopefully will get you thinking about a new direction and purpose for your enterprise. You'll make a few new friends but be prepared to lose a whole lot more.

No one likes change and the only way the future for commerce in this country is to embrace wholesale change on a level never before imagined. The bold and brash will survive, the weak as always will perish. It is as simple as that. But as for the recession being behind us? The phrase " I'm a politician, trust me" is simply not in my lexicon!