Gordon Brown to step down for 'medical reasons in January 2010? 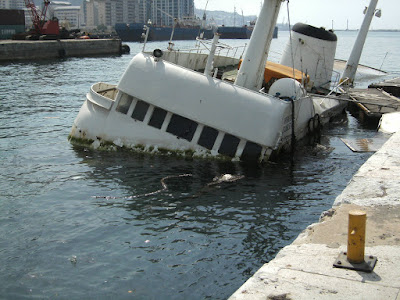 Gordon Brown to step down for 'medical reasons in January 2010?

"Yesterday [Friday 10 October 2010] Mr Brown visited Moorfields Hospital as part of regular checks on his eye and this check was also fine. Mr Brown wants to thank the doctors and staff of the NHS, particularly Moorfields Hospital. Were there to be any change, he would of course make a further statement."

10 Downing Street claimed the details had been released "in the interests of transparency", and the hapless spokesman went on to claim "there was no question of "regular" updates on the Prime Ministers' continuing medical condition." A really brassed-neck attempt to draw a line under current speculation. However, the approach could make it more difficult to hold back information about Mr Brown's health and general well-being in future.

Contrary to media reports and claims by some commentators who should know better. I first raised questions over Gordon Browns medical condition, a few years ago when he was still at the Treasury, initially prompted by a long drawn out televised Budget Speech which for some reason, the cameras repeatedly focused on the state of Gordon Browns fingers and thumbs; all his nails were badly bitten right down to the quick, perhaps not bitten but ripped out would be more accurate.

Nailbiting in adults is generally accepted as a clear sign of chronic stress, not just habit. In the same Budget Speech live Telecast, Brown had sat down and the Leader of the Opposition was just rising to his feet to reply. Again a candid cutaway, showed Brown having a furtive nail nibble whilst listening to an over the shoulder comment from Tony Blair, seated alongside him.

The PM has been repeatedly quizzed during interviews over his medical condition and his eyesight ('telly-land' increasingly reliant upon the bloggers for breaking news and scandal), BBC's Andrew Marr Show last month, (the video being included in 'Duckhouse Blog'). During the MARR interview Mr Brown reluctantly denied mounting speculation that he was becoming increasingly dependent on prescription painkillers. This should be an easy matter to resolve by a simple regular Urine test or releasing Gordon Browns medical records and a comprehensive list of all OTC (Over the counter), prescription and other drugs, he and Sarah Brown may have access to.

Some so far unconfirmed media reports had suggested Mr Brown might use concerns about his health as a legitimate and dignified reason for stepping down as Prime Minister ahead of the election. New concerns about tears to the retina in his one remaining eye - Brown lost his other eye as the result of an injury, whist playing Rugby as a teenager.

Quoted on the Internet, Som Prasad, a consultant ophthalmologist at Arrow Park Hospital on Merseyside, Northern England, said that although Mr Brown may not undergo more surgery on his retina, other less drastic surgical procedures could be on the cards.

Tears to the retina can be heat-sealed by directing a laser beam of light through the pupil of the eye to produce a scar which seals the tear. An alternative would be cryotherapy treatment, where a freezing treatment is applied by a pen-shaped probe to the outside of the eye. But if the retina becomes detached - as has happened to Mr Brown twice before - "more complicated operations" may also be needed to prevent the loss of sight.

Candidly 'friends' of Gordon Brown have been sugesting January 2010 would be a very good time for Gordon Brown to withdraw from politics and retire with dignity. The the door has been left wide open he could easily cite 'medical reasons'. Fighting a long and protracted war in Afghanistan (Brown admits to not understanding the ritualistic ways of the Military), constant 'head on' rows with the Forces and now a possible formal written demand, that following the MP expenses scandal, Gordon Brown might be required to pay some of the money claimed as expenses over the last five years, back to the Treasury. Any payment will include his subscription to Sky Sports satellite premium TV channels then? Rats leaving a sinking ship? Just polirtical tactics then? You can decide in May 2010 at the General Election