On Mother Kellys Doorstep... or Copper put the Kettle On 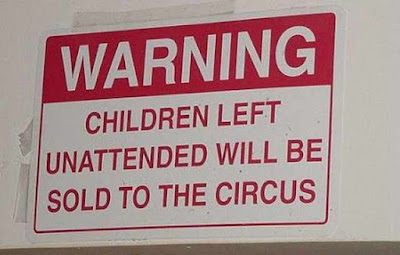 On Mother Kellys Doorstep......
Julian Bray, Security Expert writes: It seems the riot police in Londons Whitehall have more changes of costumes than Danny La Rue, well in the hat and stick department anyway. ....
The Met fashion show started off with standard issue peaked caps as worn by traffic cops, this changed to riot helmets with full visor, round riot shield and a night stick, then police regular helmets and regular truncheons, next followed a natty line in baseball caps, I particularly liked the chessboard banding and to finish this all off, the riot helmets were then low slung hung from belts or waistbands, where the pink community would normally wear a bunch of keys.
The Met Police handling - shown up by the ever present SKY News helicopter -seemed like a right high viz horlicks, and for heavens sake where was the recovery vehicle to get the broken down Police van out of the line of fire?
If that wasn't possible, then the other option would have been to physically push it with another vehicle. As for the bonfire in the middle of Whitehall, a forest fire fighting canvas bowser full of freezing water dropped from the hovering police chopper would have put paid to that. A couple more water drops would have immediately disbursed the rabble, who by that time had given up all aims of demonstrating peacefully and just hell bent on vandalism, smashing windows and so on. It was cold enough for the water to turn to ice, and certainly the need for kettles would be reserved for hot drinks.
It might be worth running the newsreel footage from the poll tax riots and the earlier vietnam series of demos in London. Dressing police up like contenders for a Buzz Lightyear competition has to be a no no. A bad look and uncomfortable for the wearer. The Met Police now seem to have more body armour than our troops in Afghanistan!
The TV pictures will now be beamed worldwide and again makes the UK look stupid. Ol' Bin Liner, sitting on his camel, half way up a mountain must be wetting himself, Whoever was Gold Commander on the day needs to quickly rethink the kettle sorry 'containment' strategy as following George Osbornes speech next week on how bad the cuts are really going to be, Police are likely to be faced with an increasing number of demos, not from bunking off school children but from well resourced service very fit public service professionals who won't offer such an easy target .
Heaven help the hapless police commander who decides to 'kettle' a few thousand firemen or other public service personnel facing the chop.... I would also get some of the wise old police heads out of retirement and learn a few lessons from how they tackled London demos from past years...the US Embassy Grosvenor Square demos, some 40 years ago, even had a certain Mr Jack Straw then a firebrand Student Leader being pulled through a hedge by police....