Coulson and Phone Hacking, the lawyers are way offbeam 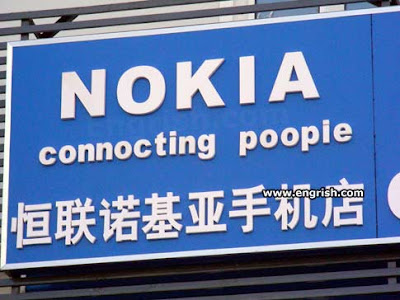 The sad truth is that politicians, showbiz people and the rest of us mortals, are very casual when it comes to anything technical, too busy to read instruction books and way too precious to reset passwords so many current digital phones operate on the factory default passcode of 9999 or 0000. The basic digital hack is simple and most schoolchildren can show you how.
Using two digital cellphones, the first dials up the target number ensuring the line is busy, the second phones the same line ensuring it diverts to voicemail, default codes are quickly entered either manually or by a pre recorded high speed transmitter (source e-bay). The voicemail messages are replayed possibly recorded or simply repeated a couple of times but not deleted. Not really rocket science but the lawyers currently trying to get to the bottom of phone hacking and set up class actions (group litigation orders) are simply are on the wrong track (or hack) but some TV stations will give the lawyers on-air publicity and in turn attract more no win, no fee clients!

What Harriet Harman speaking on SKY NEWS (on Sunday 23rd January) fails to understand is simply the departing Coulson (this could be the new longest dying swan exit in history) is probably 'technically' right when he says he knew nothing about phone hacking. He correctly and fully understood (with the 'night lawyer' welded to his left elbow) that if he didn't ask for the detail, then when, and if, it came to a Court battle, under Oath, he could only truthfully tell what he knew or had experienced.
A bit like Nelsons blind eye, as an editor he would only see the finished story, handed down after several layers of manipulation and then usually re-written by sub-editors and a sensational head or strapline added (probably losing the original point of the story in the process).
The physical telephone, ansaphone or recordacall 'hack' in the 70 and 80's, was all twisted pair copper wire, digital was still a short way off. The dirty work was completed by freelance journalists or stringers, private detectives, moonlighting BT engineers, anyone with a BT Engineers handset (which could be purchased from Exchange & Mart), local news agencies and whenever possible a copy list of BT engineers confidential service pulse and/or tone dialling access codes.
If the hacker has access to the landline, for example might be attending the targets home for an interview, asking permission to use the phone to call the office. Star / gate codes could also be set up from any handset and indeed calls from the target phone diverted to dummy re-diallers and then relayed to an answer machine/recorder, on another remote number altogether, probably an overseas number.
But the real prize was the introduction of early cheap cordless domestic phones imported from Japan. Early models offered few channels and no security. Almost guaranteed to be duplicated on another set nearby, it was then a simple matter for those so minded, to just turn off their own base station, but leave the battery powered handset switched on.
Sitting in a nearby pub or a car outside a target house, a simple matter of trying all the handsets in turn until one of them picked up on a conversation, attach the sucker induction telephone coil and record the content onto a tape recorder or even dial out a number and the target host base station would intercept and relay all messages to the the distant dialled number.
There were many other methods used by some people at the time. The FM radio spectrum in those days also carried police car transmissions at the top end of the spectrum, along with air traffic control, every newsroom had an FM radio. But it was not unlawful to listen in to these FM transmissions, but clearly illegal to act upon the information.
It was not only phone hacks that provided the detail, an electronics firm at the time, Lorraine Electronics, would advertise in Private Eye and they sold all manner of cheap electronic FM transmitter bugs, all set in an acrylic cast so no one could duplicate the circuit and it didn't look like a radio bug either.
Dropped in a gift package for a birthday and a tag begging the recipent not to open it before his/her birthday a few days hence would ensure the bug remained active inside the target house in most cases and then was thrown out with the packaging later.
Moonlighting telephone or hobbyist engineers would identify twisted pairs of wire telephone lines, voice activated tape machines, sealed inside a shallow buried biscuit tin would be attached to the exposed wires by crocodile clips.
The view was widely taken that once the material was in the public domain then a public interest defence would be sufficient, clearly much of the sensational content in the 'red tops' was originated, possibly, this way.
The lawyers today have the problem that if the work was undertaken, at arms length, and as explained above, possibly overseas, for legal purposes, the chain of events or link is broken. Happily working in radio we didn't need to use such devices, but simply repeated what was already in the public domain and printed/published the day before we even had access to it......