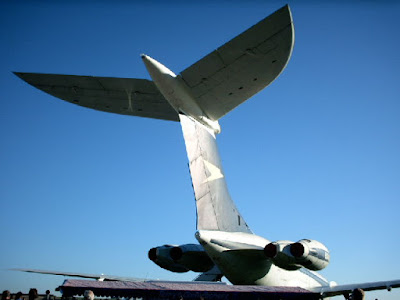 Fatigue is a real and present danger to air safety. Between 15 and 20% of accidents are down to fatigue and the risk of an accident increases the longer a pilot has been at the controls according to research undertaken by the US Federal Aviation Administration.

Air passengers in the UK enjoy the best flight safety in the world. Much of this is down to the UK's scientifically based Flight Time Regulations (known as CAP371) developed over a number of years through partnership between pilots, airlines and scientists and under the guidance of the UK's Civil Aviation Authority. Many other countries use CAP371 as the basis for their own fatigue rules.

The last British Government declared that it would insist on the retention of British safety standards until science said otherwise. But now the EU, through its European Aviation Safety Agency (EASA), is seeking to bring in EU-wide rules that will force Britain to drop its standards without any scientific basis. Indeed evidence placed before EASA has been ignored.

As an example current UK rules limit the maximum hours a pilot can operate to 10 hours 15 minutes (reporting for duty at 05:45 and operating two flights) but EASA plans to increase that to 13 hours 55 minutes. As shown in a recent YouGov poll these rules will cause surprise amongst the public with only 3% of Britons believing pilots should be on duty for more than 12 hours.

'British passengers, who have enjoyed the safest flying in the world, are now to be put at risk. It is as stark as that,' said Jim McAuslan, General Secretary of the British Airline Pilots' Association (BALPA).

'At the same time as Europe is doing this the United States Government, concerned about growing pilot fatigue in the wake of the Colgan disaster in Buffalo, is going in the opposite direction and tightening hours rather than relaxing them.'Today (Friday 28 January) BALPA is launching a campaign to get the EU to stop.

The pilots' call - 'Wake up. Pilot fatigue risks lives' - will run throughout the whole of the 18 months that the EU has set aside to get the rules adopted.The campaign will include:- A major submission to EASA with a point by point critique of its 244 page draft rules- Submissions to our own CAA and Department for Transport on EASA's proposals and seeking the UK Government's support in getting EASA to think again:

-A major lobby of the Houses of Parliament (Feb 2) to bring home to Westminster politicians the risks of letting the EU proceed in this way.

- Participating in studies being conducted by UCL and Leicester University into stress and fatigue amongst pilots. These are due to report in February and April

- Working with other pilot associations to raise the concerns of Europe's 130,000 commercial pilots with the Commission and European Parliament.'Pilot fatigue is a growing problem, as more and more demands are made of pilots,' said Jim McAuslan.'What worries us the most is that in the proposals ignore years of scientific and medical evidence - most of it drawn up in Britain.

'These EU proposals, if they are not amended, risk the lives of passengers and crew.

Data: The poll was conducted by YouGov Plc. Total sample size was 2006 adults. Fieldwork was undertaken between 21st - 24th January 2011.