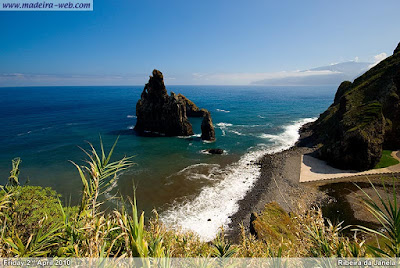 Thousands of fatigued Britons are spending their first few days back in the UK after returning from the warlike conditions of Tunisia where gun fights have broken out between the Army and street gangs. Tunisia is located just 200 miles from Sicily, Italy. Many of these long term holidaymakers are short of funds and ready cash, they were enjoying extended low cost winter sun breaks in the north African country, before being flown home by their tour operators over the weekend on Foreign Office advice for UK nationals to leave the country.
On Saturday, Thomson and First Choice evacuated 1,437 passengers on seven flights to airports around the country - and Thomas Cook repatriated some 1,800 passengers .
Further evacuation flights scheduled for later this week have been cancelled and some 800 independent travellers remain stranded in Tunisia, some are short of cash as credit card ATMs are not working and Banks either looted or closed.
The position of ferry companies servicing the port of Tunis is also uncertain and local marine agents Genmar who act for the Italian Grimaldi Group (00216 71 469070) are unable to confirm if foot passenger space is available on ferries to Italy or even if the scheduled services will operate. The postion is expected to be come clearer on Monday morning, as the ferry company reviews operations in and out of Tunisia.
The Foreign and Commonwealth Office in the UK has advised UK citizens against all but essential travel to Tunisia. This was following a complete breakdown of law and order, although the military have regained control in most areas and evening/overnight curfews are in place.
Violent demonstrations, widespread looting and guns being let off have erupted in multiple locations across the country, including Tunis, Sousse, Sfax, Nabul, Hammamet, Douze, Kasserine, Requeb and Thia, among other areas.
The deposed President of Tunisia and his family fled to Saudi Arabia, all residences and businesses connected to the former president have been looted or destroyed. Tellingly the Army didn't stop the demonstrators.
Airports are under military control, flights in and out are suspended from time to time and armed guards are preventing either entry or exit from the airports in the country.
The extremely volatile situation means those travelling within Tunisia will risk being caught up in street fighting and demonstrations. Female holidaymakers are strongly advised to fully cover up and always be accompanied by male members of thier party for protection. Western females are at the best of times always vulnerable to unwelcome attention. There are continuing police roadblocks at major intersections.
Travellers and holidaymakers are strongly advised not to attempt to cross the border into Algeria, if travelling independently. Strong caution is advised to those intending to travel to the southeastern Algerian provinces of Tamanrasset, Djanet and Illizi and recommended that visitors consider the advice of a reputable tour company or an approved local guide.
Friends and family members outside of Tunisia who are in contact with people currently within Tunisia should try to establish contact using mobile phones, skype or the internet and pass on this information as news channels within the country are heavily censored, most people are getting their information from the internet, facebook and twitter.
Travellers are also advised to register with their Embassy (Irish nationals to register with the Spanish Embassy) and seek local advice. The British Embassy has issued an emergency information line (from UK) 00216 71 108 700. But the strong advice is leave the country as soon as possible, and be prepared to dump luggage if so advised. Embassy sources suggest that approximately 1,000 expats living across Tunisia.
The Foreign Office said that so far 200 plus independent travellers in the country had registered on its website to let the British authorities know where they were. Sources suggest that in many areas internet and broadband services have either been closed down or there is sporadic local and international service.
Evacuated holidaymakers sais that banks and all the big shops had been looted or ransacked, '"like a little war zone and the military is all over the place." Over the last four days more than 1,000 prisoners have escaped from Mahdia jail and 42 inmates were killed in a prison fire in Monastir. On Saturday, the nation swore in a new interim president, Fouad Mebazaa, with former President Ben Ali fleeing to Saudi Arabia, his former hairdresser wife having already left the country. Full presidential elections are however promised within 60 days.