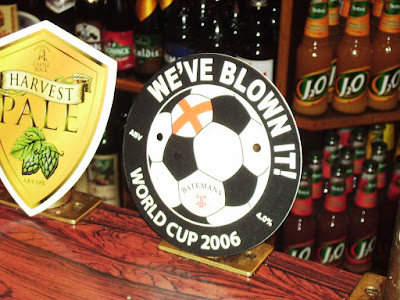 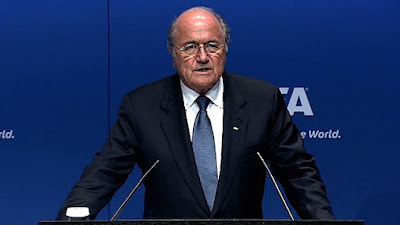 Perhaps I'm just getting wise after the event but the FIFA news conference in Switzerland today, had me screaming at the television and we media types all fell for it (writes media commentator Julian Bray). During my years of running and owning London PR Agencies, the times I've media coached, briefed clients, scripted dozens of dummy runs, rehearsed the set pieces and also  'the swatter moments' ( if it gets difficult sidetrack onto this issue and like a fly swatter just swat the issue away...)

It was never going to be easy but some of the tricks pulled by the old Svengali  Mr Blatter really came out of the media spinners handbook, he even made Max Clifford look like a crass beginner in the black arts... Blatter would only answer one question per journalist, no follow ups:  "Vitch question vould you laike me to ansa ?  The affable swiss PR man hovering on hand, did the choosing, no chance of getting the UK's finest in with the questions. No chance at all.....and we were all too meek to do any table thumping or even walk out.

The roving mic for the questioners took a very,very long time to reached the pre-selected journalist, deliberately in my book, Blatter who speaks and understands perfect English took just as long and slowly played with the translators earphones precisely taking them off when he'd had heard enough even although the translation was still in full flow.

He even employing the odd visual joke to belittle some of the more serious attempts. Slowly looking at his expensive gold  wristwatch dripping off his 75 year old wrinkled wrist, when a brave German hack dared to even suggest that something had gone wrong on Blatters watch.  Mein Gott!

The old stager, in a 5,000 euro suit,  then slowly turned on his heels to leave and only then did we see the mask drop just for a fleeting moment, telling the media crowd in carefully hushed well moderated tones, that he too was a journalist and it was really all about respect and better understanding and better communications (How many millions did the UK blow on the World Cup Bid?)  but then  during this nano second we nearly got to see the real Blatter, it would have been time to take this 'dog and pony show' to the cleaners.

But perhaps News Editors the world over should have seen what was coming, this is no longer a story full of 'clinches' and 'in off the 'ead'. It long ago became a story of massive deception, eye watering greed, theft, corruption, intimidation, smoke and mirrors on a worldwide scale. For the assembled international media, a really tough international assignment, but for S. Blatter another stroll in the park.

Before we spend another penny (take that anyway you like) Governments behind the 280 delegates should now step in and ban any association or co-operation with Blatter and Co, possibly putting a special super tax on all FIFA tournaments, at least we might get some of the bid money back....who knows?

Perhaps we should now target the sponsors like Coca Cola and tell them why pouring money into the FIFA coffers ans seemingly various back pockets is not a good image move...it's a bit like the Eurovision Song Contest with deflated balls....