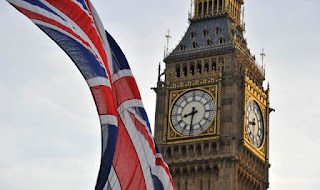 It’s great to see so many members of Citizens UK here.
Every day, you take action to change communities for the better, from the CitySafe initiative to campaigning for the Living Wage.

Thanks to you, the cleaners at the Queen Mary University are earning a Living Wage.
And they’re not the only ones.
From KPMG to the Olympic Delivery Authority – working men and women are now being paid enough to cover the essentials of life.

Citizens UK don’t just read about problems in society, you get organised and lead change.
You know that with a bit of optimism, coordination, and persistence, we can change the world around us, one fight at a time.

Those are your values, and they are mine as well.
A lot of people will hear me talk about values and say:
“Welcome to the real world: values cost money, but right now the government just doesn’t have money to spend.”    >>>>>>


A lot of people say:
“These are tough times. It’s easy to talk about fairness, but how are you going to achieve it when there’s less money around?”
That’s the challenge for Labour.
And it’s a challenge for me as the leader of the party.
A challenge I relish.
Yes, we live in tough times.
Yes, in the years ahead there will be less money to spend.
But however tough the times are, I believe a simple truth:
Politics can always make a difference.
The Labour Party stands for fairness and fighting injustice.
Those commitments are more important now than ever.
But my argument starts by recognising that tough times will continue.
The government wanted to eliminate the deficit before the next election.
That was the foundation on which their entire programme was built.
But they didn’t understand that you can only eliminate the deficit if the economy is growing.
So they failed.