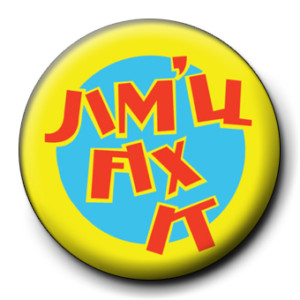 The email message below is being sent to all BBC Staff by Time Davie Acting DG
Check against Delivery !

We have received and considered Nick Pollard’s report on the management of the original Newsnight investigation into Jimmy Savile and the subsequent Editor’s blog.

I want to share with you the key findings and what we are going to do about the recommendations, which we accept in full.

I think it’s worth remembering why we originally commissioned such a thorough and independent report. Accusations of a ‘cover up’ were being made against the BBC, and that management placed unjustified pressure on the team not to run the story. The independence and integrity of our journalism is crucial to the publics' trust in us.

I am pleased to say that the review found no evidence of any improper pressure to prevent the broadcast of the Newsnight investigation or to protect the Jimmy Savile tribute programmes.

That said, the report exposed clear failings in some of our systems, the way we work together and make decisions. It also picks up on specific issues such as the role of Editors’ blogs and the comprehensive use of the Managed Risk Programme List as a way to highlight potential issues relating to programmes. You can see a copy of the full Pollard Review report here.

What matters now is what we do about these findings. Again, you can see the full Executive Board and Trust response here. The actions we are taking relating to organisation and culture include:

· Newsnight is one of our flagship journalism programmes and we need to revitalise it. We have decided that the best way forward is for there to be a new senior editorial team on the programme. Peter Rippon, who has been Editor for the last four years, has agreed that this is in the best interests of himself and the programme. We are now talking to him about another role in the BBC, commensurate with his skills and experience. The post of Editor Newsnight will be advertised in the New Year and Karen O’Connor will continue as Acting Editor in the meantime.

· Helen Boaden will be returning to her post as Director of News tomorrow. This morning, the Deputy Director of BBC News, Stephen Mitchell, tendered his resignation which I have accepted with great sadness. He has been an outstanding and loyal servant of BBC News over the past 38 years and is widely and rightly admired for his editorial judgement and personal integrity. He will retire from the BBC at a date to be agreed next year, in the course of which he will hand over his responsibilities as head of news programmes.

· Improving the way we share information about the highest risk programmes and investigations across the BBC by making the Managed Risk Programme List work better. We’ll also see how we can improve communication at the senior level across Divisions in a way that also safeguards editorial independence. We do not propose to tackle these issues by adding increased processes or compliance.

· Reviewing how we publish Editors’ blogs.

· In the longer term, both myself and Tony Hall will look at what needs to change within the management and culture at BBC News while making sure we continue to produce outstanding journalism day-in-day-out. We will also look at how we make sure silos don’t get in the way of effective team-working and sharing information across the BBC.

· Finally, we will consider roles and responsibilities at the top of the BBC to ensure effective oversight of editorial standards.

The Trust are also publishing the editorial standards findings into what happened with the Newsnight McAlpine investigation on 2 November, which includes the full MacQuarrie report here. What happened was unacceptable and no one can be under any illusion about the seriousness of the mistakes made and there are some organisational changes as a result. We have sought to be fair to the individuals involved, recognising their previously long and unblemished record of service with the BBC and the exceptional circumstances in which they had been placed.

Specifically, Adrian Van Klaveren, Controller Radio 5 live, will start a new senior role and we’ll confirm details early in the New Year. He will hand over his responsibility for Radio 5 live to Jonathan Wall who will be Acting Controller while the process for a full time replacement is completed. As already mentioned, there will be a new Newsnight senior editorial team and Liz Gibbons, Deputy Editor of Newsnight, will move to another role in BBC News. Peter Johnston continues in his role as Director Northern Ireland.

These reviews have been a tough process for the BBC and particularly for the individuals involved, all of whom have had long and respected careers at the BBC. We have already faced significant consequences including the resignation of a DG. Looking forward, the changes we need to make to ensure these failings do not happen again are not about new rules and regulations. They are about making existing processes work and improving the way we communicate and make decisions. I hope that with a new year, we can draw a line under it, learn from our mistakes and refocus on our audiences. 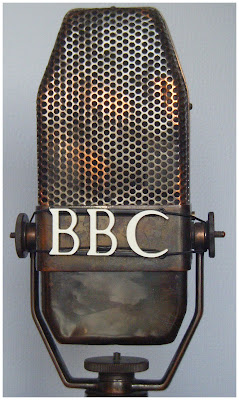 In an email to staff, Davie said Van Klaveren will move to a new senior role within the BBC in the new year, and hand over his responsibility for Radio 5 live to Jonathan Wall who will be Acting Controller while the process for a full time replacement is completed.

Adrain sent a note to staff saying his departure from the national station is not representative of the way he performed his job there, more about the events which happened whilst he was temporarily looking after another role.

The full email to staff from Tim Davie this afternoon also said there will be be a new senior editorial team on Newsnight, and Helen Boaden will be returning to her post as Director of News tomorrow because of recent investigations into Jimmy Savile allegations.

In additional Adrian Van Klaveren has made a statement saying “it is a very sad day for me at the end of an incredibly difficult few weeks.

The full statement is below:

Your support over this period has been nothing short of overwhelming and has meant so much to me. I do not propose to go into detail here about the events surrounding the Newsnight Report on 2nd November but you can read the BBC’s account elsewhere. What is of course especially hard to take is that I am leaving 5 live as a result of events which had nothing to do with how I carried out my job here. Rather it happened after I had just begun a temporary role in the most challenging of circumstances.

What I do want to say today is that I have had a wonderful five years at 5 live. Together we have taken audience numbers and quality ratings to record highs, we have won many awards including Sony Radio Academy Station of the Year and we have successfully moved to Salford. We have started to embrace a digital revolution and there have been so many wonderful moments, culminating last summer in the Olympics and Paralympics, described last weekend in a review of the year as “radio’s crowning achievement of 2012.”

I will miss 5 live terribly, the programmes, our listeners but, much more than anything else, I will miss all of you who work on the station. You are without doubt the best team of people I have ever worked with. Every day you make brilliant radio with a spirit and passion I have rarely seen elsewhere. You can look to the future with pride and confidence and it has been an honour to have played a part in shaping those prospects. I would like to thank all of my colleagues across BBC North where I believe we have started to build something which will help guide the reinvention of the BBC and equally I would like to thank colleagues from all parts of BBC Radio for their support over the past few years.

There’ll be more details of my new job early in the New Year. As I begin what will without doubt be a new and fascinating chapter in my BBC career, I will be handing over 5 live to Jonathan Wall who will be Acting Controller for the next few weeks. I wish him and the rest of you all the luck in the world and I will now return to being one of 5 live’s most dedicated listeners.