Rebel Leader confirms that 'bits' of the 2 black boxes have been recovered and are in his custody. The big question: Why is he now talking about 'bits' when these units are designed to withstand execeptional trauma, and the earlier video footage (courtesy Reuters)of one being carried at the crash site shows the 'dayglo' orange painted unit in once piece? 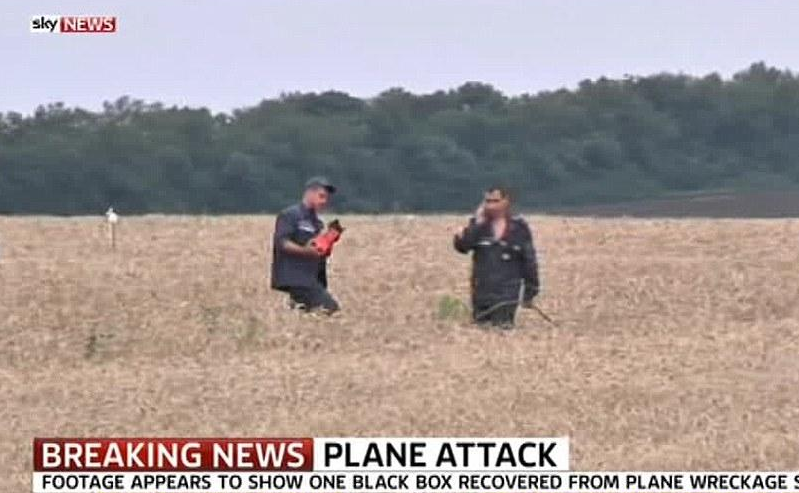 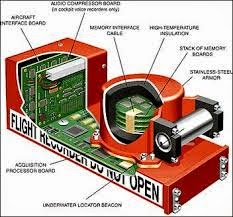 Sunday 12 Noon:  Julian Bray Aviation Security Expert and Journalist writes: President Putin hopefully has a very thick skin and his press relations man a fast Air Ticket out of Russia? Simply the President isn't getting a bad International press, its far, far, far, worse than that. But stepping back from the media view of what has happened, where do we all go from here?

Simply as international pressure grows on Moscow to allow the pathfinding observers free and unfettered access to what has to be regarded as a crime scene. A ceasefire first needs to be in place and the safety of the observers agreed by all sides.  Following which, the actual investigators will then arrive to carry out the detailed work which in normal terms could take one to three years.

Ideally, the investigators would need the entire crash site or 'crime scene' roped off, then fully blocked ie a grid pattern established. Each grid photographed with any items number referenced with tent card markers.

The photographs are taken from several angles, and then a digivideo taken. Only then will the gloved fingertip search of the grid take place. Items all then carefully bagged and tagged. Clearly that isn't happening as live pictures show people walking all over the debris, some of it still burning. Video has also emerged of a person holding a dayglo orange coloured cylindrical shaped piece of debris; this could be one of the voice data recorders or a 'black box' previously reported by agencies, as already on their way to Moscow.

Legal documents such as passports, identity cards and so on would also be tagged and cross referenced with the grid. Bodies on the ground would also be plotted on the grid reference documentation, so all the effects can at a later stage be married up and a realistic picture 'or snapshot' of what happened established.

So the news today (Sunday) that 'rebels' have bagged and removed, by train, some 196  bodies from the crime scene, clearly without any detailed recording of information to a degree that passes international scrutiny, is a major blow to the overall investigation.

There remains very little doubt that flight MH 17 (Flight MH17 to be retired and redesignated MH19 says Malaysian Airlines) was downed by a  BUK Russian surface to air missile, and we in the West can only hope that it was indeed a catastrophic mistake, and not a deliberate act targeting a civil aircraft.

Which faction actually pushed the trigger button remains to be established, but its confirmed today the Russia iscontinuing to supply the 'rebels' with heavy military equipment, some 15 trucks overnight have reportedly travelling through the open border into Ukraine.

The airline has tried to repeatedly justify the continued flying of its aircraft (along with many other airlines) directly over what has to be considered a highly unstable, lawless, war zone.  It should be fully understood that the final binding decison to fly into or over a war zone rests with the Captain of the aircraft, not Eurocontrol, Air Traffic Control or airline management.

I understand the route was fully approved by Eurocontrol, but that ignores the number of 'NOTAMs' issued, particularly a batch in June/early July, NOTAMs Notice to Airmen strongly advised 'airmen' to avoid this conflict zone. Some airlines took the hint and immediatly rerouted their flights, British Airways being one - at great financial cost in terms of increased fuel burn, securing a revised landing slot, and paying the ground handling agents crews.  KLM in a code sharing arrangement with Malasian Airlines contunued to fly until very recently over the war zone.

British and international air accident crash investigators are apparently in the region just waited for permission to enter the territory, but a ceasefire needs to be put in place first.

On the political stage, there is little that can be effectively achieved. Politicians are suggesting that International pressure needs to be applied, but as Russia supplies a third of the UK's Gas and a like amount to other parts of Europe; the range of options would seem to be limited. The latest word is that European foreign ministers will meet on Tuesday to consider the application of economic and financial sanctions.

Clearly as David Cameron the British prime minister confirmed earlier this morning military action isn't a proposition. The UK is no longer a world military power, put it down to budget overspends by a not very fincially disciplined MOD, project cancellations, delay in overseas sourced kit and reduction in manpower in all services.

There is of course the United Nations, but that is as history tells us, a lengthy complicated process, and it only needs an application of a veto by one country to either halt or complicate matters. Importantly time is of the essence, and that sadly is rapidly running out.

On another level what is the future for Malaysia Airlines?  Simply its bleak. Word in the industry is that despite a period of cost cutting and offering low cost travel, its still losing money and that the government controlled airline was to be offered to the private sector, or handed iover to its code sharing partner KLM.

Those plans are currently on hold, with two major air incident investigations currently underway and the substantial extra costs associated with victim support and the prospect of a series of class legal civil actions currently being prepared for Court. Few organisations can survive this type of onslaught, so either its wound up, the leased aircraft reverting to the leaseowners, or taken over by a 'new' slimmed down airline.

Clearly the situation is complicated and currently lacks any form of logic, there is no command or control. This is already a perfect storm with no end in sight.

David Cameron has taken to social media this is an edited version of his post:

Like the horror of Lockerbie in 1988, the images of the burnt-out Malaysian plane, 298 victims and their personal effects strewn across the wheatfields and villages around Grabovo in eastern Ukraine will never leave me.

Ten of our own citizens died; we grieve for them this weekend. So too did 27 Australians, including members of a family who had previously lost relatives on flight MH370; 43 Malaysians and 192 Dutch citizens also died — a huge blow to our friends and allies. We stand shoulder to shoulder with those countries and with all those affected by this outrage.
We must establish the facts of what happened. The growing weight of evidence points to a clear conclusion: that flight MH17 was blown out of the sky by a surface-to-air missile fired from a rebel-held area.
This is a direct result of Russia destabilising a sovereign state, violating its territorial integrity, backing thuggish militias, training and arming them.

For too long there has been a reluctance on the part of too many European countries to face up to the implications of what is happening in eastern Ukraine.

Sitting around the European Council table on Wednesday evening I saw that reluctance at work again. Some countries, with Britain , have consistently pushed for action that reflects the magnitude of the long-term threat. They tend to be the countries with the closest physical proximity to Russia and the most direct experience of what is at stake. Their own independence and nationhood have come at a high price. They never forget it. But others seem more anxious to make this a problem to be managed and contained, not a challenge to be met and mastered.
Elegant forms of words and fine communiqués are no substitute for real action. The weapons and fighters being funnelled across the border between Russia and eastern Ukraine; the support to the militias; the half-truths, the bluster, the delays. They have to stop.
Some international crises are insoluble. Not this one. If President Vladimir Putin stops the support to the fighters in eastern Ukraine and allows the Ukrainian authorities to restore order, this crisis can be brought to an end. The overriding need is for Russia to cease its support for violent separatists.
If President Putin does not change his approach to Ukraine, then Europe and the West must fundamentally change our approach to Russia.
This is not about military action, plainly. But it is time to make our power, influence and resources count:

Second, Russia must immediately halt supplies and training for the rebels. They do not represent the people of Ukraine. Without Russian support they will wither.
Finally, we must establish proper long-term relationships between Ukraine and the European Union; between Ukraine and Russia; and, above all, between Russia and the European Union, Nato and the wider West.
What form that relationship takes rests on how Russia responds to this appalling tragedy. Russia can use this moment to find a path out of this festering, dangerous crisis.  But if that does not happen then we must respond robustly.