As this blog also covers trains and travel,  and has a good USA following, I am including a strange tale from a good few years ago, concering Malcolm McLaren and the Sex Pistols and a film or films, they were involved with.


Its best to read the extract below from the late Roger Elberts film blog but unfortunately as Roger has passed on.  I'm not able add in the detail to complete his own recollection, of a very strange period of both our lives.
The section in bold is the part we need ,for the sake of film history, to clear up.


A brief note: Roger Ebert became film critic of the Chicago Sun-Times in 1967. He is the only film critic with a star on Hollywood Walk of Fame and was named honorary life member of the Directors' Guild of America. He won the Lifetime Achievement Award of the Screenwriters' Guild, and honorary degrees from the American Film Institute and the University of Colorado at Boulder...  Now read on: 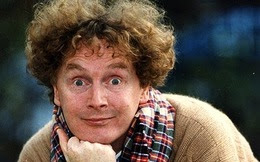 "I need you out here," Russ Meyer told me on the phone in 1977. It was 6 a.m. He could not conceive that I might still be asleep. "Have you ever heard of the Sex Pistols?"
"No," I said.
"They're a rock band from England. They got a lot of publicity for saying 'fuck' on TV. Now they have some money and want me to direct their movie."

This was, as nearly as I know, the only scene ever filmed for "Who Killed Bambi." There is more than one account of what went wrong. McLaren claimed 20th Century-Fox read the screenplay and pulled the plug. This seems unlikely because the studio would not have green-lighted the film without reading the script. Meyer called me to say McLaren had made false promises of financing and was broke. Electricians and others had walked off after not being paid. Meyer himself demanded each week's salary be deposited every Monday morning.


On Wikipedia, I find: "This is however challenged as being incorrect according to Julian Bray, who supplied location services to Malcolm McLaren's Matrixbest company ...Bray recalls that respected Production Manager Joyce Heirley asked if Julian's location catering crew and film location services unit would provide a range of location services on a special train consisting of vintage carriages hired from Lord McAlpine's Carnforth railway collection including a LMS 1930's dining car and a Southern Railway..."

It may be true that Heirley asked Bray about this, but to my knowledge no train scenes were ever shot. Russ's own footage can be briefly glimpsed in "The Great Rock 'n' Roll Swindle" (1980), directed by Julien Temple. This film essentially starred McLaren. Vicious, Cook and Jones appeared, but Rotten had bailed out of the band after a tumultuous American tour. "Swindle" has been described as a "continuation" of the Meyer project, but the two are completely different, except for the few seconds of Russ's footage.


The best account of the debacle appears in Jimmy McDonough's unauthorized biography, Big Bosoms and Square Jaws: The Biography of Russ Meyer, King of the Sex Films. He writes nothing about any train scenes, and believes the film's fate was sealed when Princess Grace, a member of the Fox board, said, "We don't want to make another Meyer X film." This was harsh because, as Fox has never acknowledged, "Beyond the Valley of the Dolls" returned enormous profits at a crucial low point in Fox's fortunes, and is to this day one of the two or three most-often revived films of 1970.
Temple was so unwise as to tell the British press that Meyer had personally shot a deer with a pistol on that first day. Meyer sued for libel in England, the last country where you ever want to be sued for libel. "I don't give a shit about damages," he told me. "I want to clear my name. I don't go around shooting deers with pistols." Temple purchased a full-page ad in Screen International to apologize.


Julian Bray writes: I can indeed confirm the train shots as I was there and physically assisting the catering crew who worked for Brays Location Services,  an offshoot of a Chelsea wine bar I owned at the time and they provided locations services to both film and television. But it seems we are all correct as Roger Ebert wrote: "Swindle" has been described as a "continuation" of the Meyer project, but the two are completely different, except for the few seconds of Russ's footage.


It was always tagged on our Call sheets as 'Who Killed Bambi' and when I invoiced Malcolm McLaren, ( and on a windy disused airport - a second location - he paid it in full and in cash) the production reference was 'Who Killed Bambi'  but the clue now provided by the late Roger Ebert is that our location shoot on a railway took place in late 1979, (and in McLarens mind was a continuation of the earlier disrupted filming).


A full days filming in a 1940 London Midland Scottish (LMS) Dining Car and Buffet Kitchen. It was a logistical nightmare as the train was continually moving and the kitchen was non functioning, a museum piece, so a mobile kitchen was rigged up in a guards carriage, which nearly got burned down when the bottle gas fired cooking range malfunctioned. It had to not only feed the crew and actors  but also to provide 'prop' food for the hungry extras also in the dining car, as the cobbled together train made several return trips during the day in and out of Kings Cross so not actually going anywhere but the external vista had to be repeated several times for the sake of continuity.


I remember that leaving my troops to it. I seemed to comfortably spend part of the time in a Southern Railway General Managers Special Carriage that had a rear external balcony with a couple of well upholstered armchairs and a good bottle of Claret. So although our footage would have seemed to end up on the cutting room floor in the final film "The Great Rock 'n' Roll Swindle" (1980), directed by Julien Temple we would after all both seem to be correct in our recollections. Sadly Malcolm McLaren has also passed on....but a trip to Carnforth should reveal the Southern Railways General Managers Carriage with the unique rear external balcony....