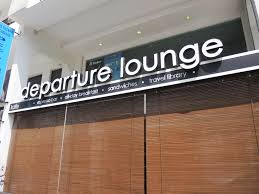 There is no getting away from it, the results from EasyJet this morning are grim, posting a loss of £24 million (last year a surplus of  £7 million) with the airline reeling from 'the impact from external shocks to demand from terrorism events relating to Sharm el-Sheikh, Paris and Brussels'.


But the art of facing both ways at once, is demonstrated in the art of writing up the financial results press release and Regulatory Service Notices. The positive words abound and for shareholders the dividend is up 25% subject to AGM approval.


Admittedly the well is far from dry as they can call on cash and money market deposits of £1,057 million, an increase of £81 million year-on-year. Cushty.

Carolyn McCall, easyJet Chief Executive said: "We are confident that over the full year we will again grow passenger numbers, revenue and profit. As a result of easyJet balance sheet and the Boards confidence in the future success of the business, the annual dividend payout ratio will increase by a quarter to 50% subject to AGM approval.”


• Revenue per seat decreased by 4.2% year-on-year on a constant currency basis, and by 6.6% per seat on a reported basis to £51.29
• Disciplined allocation of capacity, stable load factor and strong October trading were offset by the impact from external shocks to demand from terrorism events relating to Sharm el-Sheikh, Paris and Brussels
• Cost per seat excluding fuel grew by 0.5% and decreased by 4.3% including fuel, on a constant currency basis. Total cost per seat decreased by 5.0% on a reported basis to £51.98
• Constant currency profit before tax of £5 million (H1 2015: £7 million(1)), maintaining broadly flat margins. Adverse foreign exchange impact of £33 million, including £4 million relating to balance sheet revaluations
• The decrease in cost per seat was primarily driven by lower fuel costs. Increased disruption costs mainly due to terrorism events were offset by benefits from fleet up-gauging and easyJet lean initiatives
• New bases opened in Venice and Barcelona. easyJet exited the Fiumicino base ahead of plan, redistributing aircraft to secure better returns. The first seasonal base in Palma de Mallorca will open in Summer 2017
• Sector leading credit ratings secured and successful bond issued in February, raising €500 million. easyJet ended the first half with cash and money market deposits of £1,057 million, an increase of £81 million year-on-year
• In the six months to 31 March 2016, easyJet returned £219 million (or 55.2 pence per share) to shareholders via ordinary dividends at a payout ratio of 40% for the year ended 30 September 2015
Commenting on the results, Carolyn McCall, easyJet Chief Executive said:
“easyJet has  delivered a robust financial performance during the half year despite the well-publicised external events.
"Underlying consumer demand has been strong with UK beach traffic providing a healthy start to the half and easyJet’s biggest-ever ski season helping to deliver increased passenger numbers and higher revenue during H1.
"Consumers have enjoyed lower fares, which have decreased by 6% year-on-year, the second successive year of falling fares, as the benefits of lower fuel costs are passed on to passengers. Active cost control by the airline has helped maintain margins.
"This performance is a clear demonstration of the strengths of easyJet's unique combination of Europe's leading network coupled with friendly service, low fares, and digital and data leadership.
"We are confident that over the full year we will again grow passenger numbers, revenue and profit. As a result of easyJet balance sheet and the Boards confidence in the future success of the business, the annual dividend payout ratio will increase by a quarter to 50% subject to AGM approval.”
-
See more at: http://mediacentre.easyjet.com/stories/9801#sthash.X8yh9q9K.dpuf