BROADCAST SECURITY EXPERT SPECULATION GETTING OUT OF HAND says expert....The UK international terrorist threat level is now at CRITICAL but that is only one of three markers... 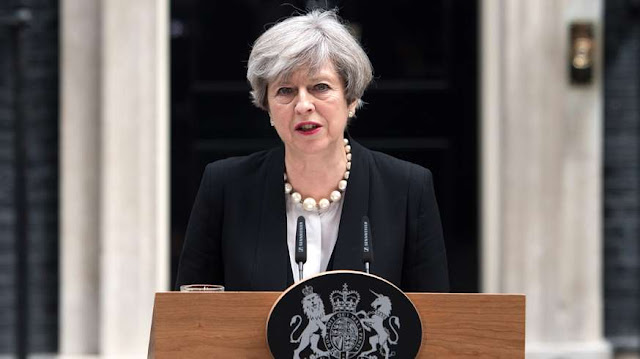 
Wednesday May 24th SECURITY UPDATE (2)
As the result of a widespread media leak in the USA of vital UK crime scene photographs - some too graphic to show on this blog -it can now be said that Manchester suicide bomber Salman Abedi almost probably used a Karrimor branded backpack type rucksack to carry his bomb, and simply triggered the device with a switchpad held in his left hand; that switchpad almost certainly fitted with a remote detonation relay.  The  use of a jacket or waistband, as widely speculated by some commentators can now be virtually ruled out.
Scene of crime officers recovered fragments of the explosive device lightweight metal casing, you may recall the Boston Marathon bomber used a pressure cooker metal casing for his device.
They also recovered a small Yuasa 12 volt, 2.1amp sealed lead acid battery, the type that acts as a power back up for domestic burglar alarms and battery powered emergency lighting systems,  together with a trigger switch attached to a small circuit board.
The photographs clearly show the evidence before it was 'bagged and tagged' in the blood stained ticket hall/foyer of the Manchester Arena.
The technical skill required to construct such a device clearly indicated that more than a single deranged bomber was involved, most experts agree there had to be a team, suggesting Salman Abedi was part of a wider possibly 'sleeping' terrorist cell, this could have been in place for years, just waiting for the call...
More urgently an expert bomb technician/constructor could still be roaming undetected within the UK.
The Crime scene photographs, say reliable sources, were leaked to the New York Times, having first been shared with US intelligence agencies by British investigators. The Home Secretary is said to be 'incandescent with rage' according to one close associate, as she had specifically asked for the pictures not to be used.
Other images, apparently show nuts and posidrive type screws ( packed around the device as shrapnel ) had penetrated metal doors and embedded in brickwork.
Wednesday May 24th SECURITY UPDATE:  It has to be of great concern to investigation teams, that some so called 'security experts' - mainly retired military - hired by some overseas broadcast organisations, and broadcasting into the UK, are putting forward some truly wild and alarming speculation, that does not line up with the physical conditions, on the ground in the UK.

For example the police have not so far released any information or pictures on the style or type of the device and have not indicated if it was self detonated by the suspect who died, or if the bomb was proximity pressure triggered or remotely detonated. (clue: Unidentified Explosive Device).

One gentleman in particular, who seems to be flying around several different studios, in the space of a couple of hours, has now gone on record asserting that an explosive jacket was used, elsewhere an explosive belt is the speculation, also the shrapnel used has gone from a few nuts to nuts, bolts, screws and nails.

Simply the speculation if given has to be realistic and proportionate and not just an alarmist, marketing pitch for service options offered by the security expert being interviewed.

Simply many victims and their families are currently going through a nightmare, and deserve some consideration. News editors and producers must bear in mind that when security experts get down to specifics, their view is pure worst case scenario speculation and nothing more.  The current situation is that a widespread all embracing international multi-agency investigation is underway.

Julian Bray Broadcaster and Security Analyst writes: The Prime Minister has tonight raised the United Kingdom threat level from international terrorism to CRITICAL, meaning that we can expect some form of international terrorist attack immediately.
That is at anytime and expect the terrorist cells already resident to be active within our communities. It is generally recognised that building these terrible devices,  the bombers back up team tend to build several at a time.
The basic device will be the same, but variations and booby trap devices may be added to change the delivery and discharge style to suit the target to be attacked.
It could also be possibly that the trigger mechanism could be altered from a simple switch to a remote trigger possibly through a smartphone app.
This would ensure that if the potential bomber changed his/her mind at the last minute, the device would still be triggered.
The Prime Minister didn't make it clear that she was taking about the International threat level, there are in fact three different threat calculations in operation at any one time.
There are three different threat levels currently in force, each threat level dealing with a specific threat area. Currently the threat level for Northern Ireland-related terrorism, is set separately for Northern Ireland and Great Britain (England, Wales and Scotland).
The current threat level for Northern Ireland-related terrorism in Northern Ireland is SEVERE, however the current threat level for Northern Ireland-related terrorism in Britain is SUBSTANTIAL; which is one level up on SEVERE.
Clearly the authorities are not likely to tell us what they are planning to do in order to counter terrorism but expect to see an increasing use of available armed military personnel, army vehicles and specialist INTEL resources, working under police command and control.
Multiple arrests and those individuals on the current watch lists both national and international can expect a call. We live in dangerous times, re-read that as very dangerous and liable to erupt at any time.
The UK Secret Service is in fact quite open and additional information can be found on the MI5 website.
Members of the public should always remain alert to the danger of terrorism and report any suspicious activity to the police on 999 or the anti-terrorist hotline: 0800 789 321. If your information does not relate to an imminent threat, you can also contact MI5.

The current threat level for international terrorism in the UK is CRITICAL.


What the threat levels mean

Threat levels are designed to give a broad indication of the likelihood of a terrorist attack.


How are threat levels decided?

The threat level for the UK from international terrorism is set by the Joint Terrorism Analysis Centre (JTAC).

MI5 is responsible for setting the threat levels from Irish and other domestic terrorism both in Northern Ireland and in Great Britain.

In reaching a judgement on the appropriate threat level in any given circumstance several factors need to be taken into account.

Available intelligence. It is rare that specific threat information is available and can be relied upon. More often, judgements about the threat will be based on a wide range of information, which is often fragmentary, including the level and nature of current terrorist activity, comparison with events in other countries and previous attacks. Intelligence is only ever likely to reveal part of the picture.

Terrorist capability. An examination of what is known about the capabilities of the terrorists in question and the method they may use based on previous attacks or from intelligence. This would also analyse the potential scale of the attack.

Terrorist intentions. Using intelligence and publicly available information to examine the overall aims of the terrorists and the ways they may achieve them including what sort of targets they would consider attacking.

Timescale. The threat level expresses the likelihood of an attack in the near term. We know from past incidents that some attacks take years to plan, while others are put together more quickly. In the absence of specific intelligence, a judgement will need to be made about how close an attack might be to fruition. Threat levels do not have any set expiry date, but are regularly subject to review in order to ensure that they remain current.


How should you respond?

Threat levels in themselves do not require specific responses from the public. They are a tool for security practitioners working across different sectors of the Critical National Infrastructure (CNI) and the police to use in determining what protective security response may be required.

If you have information about possible terrorist activity, call the Anti-Terrorist Hotline: 0800 789 321.

The Anti-Terrorist Hotline is for tip-offs and confidential information. For warnings about possible bombs or other urgent threats please call 999.

Since 2006, information about the national threat level has been available on the MI5 and Home Office websites. In September 2010 the threat levels for Northern Ireland-related terrorism were also made available.